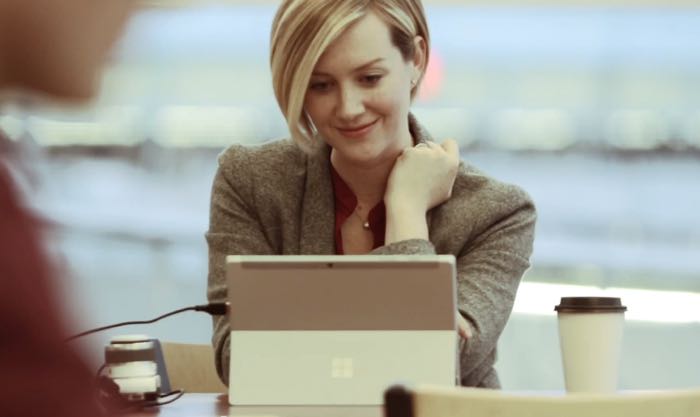 Microsoft recently announced their new Surface 3 tablet, the device will replace the Surface 2, although it will come with Windows 8.1 and then Windows 10 instead of Windows RT.

Microsoft has released a new video which show off their new Surface 3 tablet in action, have a look at the video below.

The Microsoft Surface 3 tablet comes with 10.8 inch display that had a resolution of 1920 x 1280 pixels and the device is powered by an Intel Atom Processor.

On the front of the new Surface 3 tablet is a 3.5 megapixel camera and on the back there is an 8 megapixel camera. Microsoft will launch both WiFi and 4G LTE models of their new Windows tablet and prices start at $499, all devices will get a free upgrade to Windows 10.