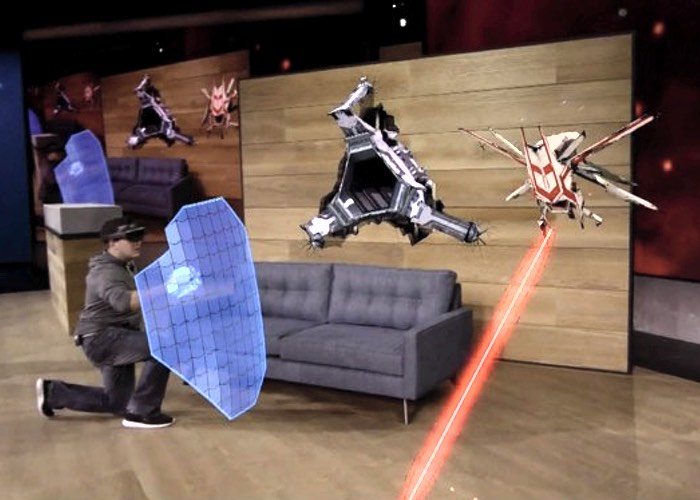 Following on from the announcement yesterday that Microsoft will be making available a new Microsoft HoloLens developer kit that will soon be available to purchase priced at $3,000.

The company has also released a demonstration of its Project XRay HoloLens gameplay that was presented during the Microsoft Windows 10 event earlier this week.

The video was created using a custom-designed camera system that allows the video to capture more than the player would actually see whilst playing, to provide an overall view of what is happening within the gameplay.

Developers that are interested in creating augmented reality games for the new Microsoft HoloLens will be able to get their hands on the new hardware and developer SDK applications during the Q1 2016. Microsoft explains a little more :

Microsoft HoloLens is the first fully untethered, holographic computer, enabling high-definition holograms to integrate with your world. Unlock all-new ways to connect, create, collaborate, and explore. Place holograms in locations you choose and your digital content will feel more real than ever before. Use holograms to visualize things in real spaces. Create holograms to bring ideas to life. Microsoft HoloLens devices will begin shipping in the first quarter of 2016. Help develop the future of holographic computing. Come unlock new possibilities.

For more information on the new Microsoft HoloLens Headset jump over to the official website via the link below.