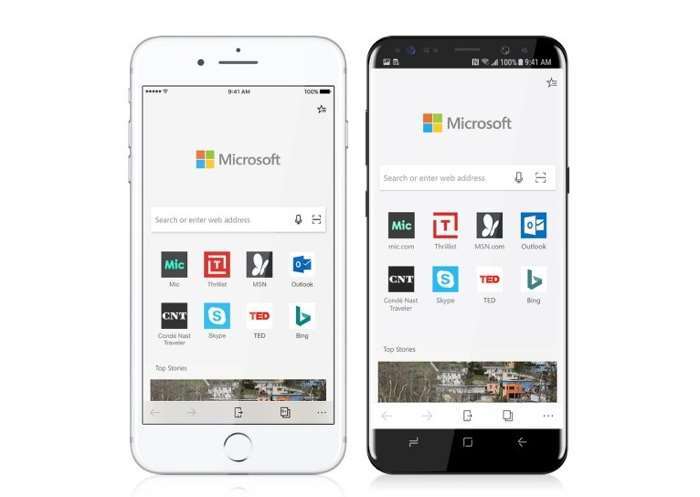 Microsoft has announced that they are bringing their Microsoft Edge browser to both Apple’s iOS platform and Google’s Android Platform. The company has also revealed Microsoft Launcher for Android.

The Microsoft Edge app for iOS and Android will come with similar features to the Windows version. This includes things liken Reading List, your favourites and more.

The iOS app is available today for a limited audience in Apple’s TestFlight system, and the Android app will be available shortly via Android’s Play Store Early Access. Consistent with our engineering approach for Windows 10, we’ll be listening to feedback throughout our preview and will update the apps regularly with fixes and new features. When our telemetry (and feedback) shows that the quality is great, we’ll make the apps available for public download – our goal is to do so later this year.

The iOS version of Microsoft Edge is now available in beta and you can test a preview of the App via Apple test Flight. Android users can sign up to beta test the app which is coming soon.

The new Microsoft Launcher app for Android brings a range of new features to your Android device, the app is available as a preview on the Google Play Store.

You can find out full details about the Edge app for iOS and Android and the Microsoft Launcher app for Android over at Microsoft at the link below.