Microsoft previously revealed that the next version of their operating system, Windows 8 would go on sale on the 26th of October, and now Microsoft has announced that they are holding a Windows 8 launch event on the 25th of October.

The Windows 8 launch event will take place in New York on the 25th of October, and we are expecting to find out some more details about Microsoft’s new Surface tablet and when it will be available. 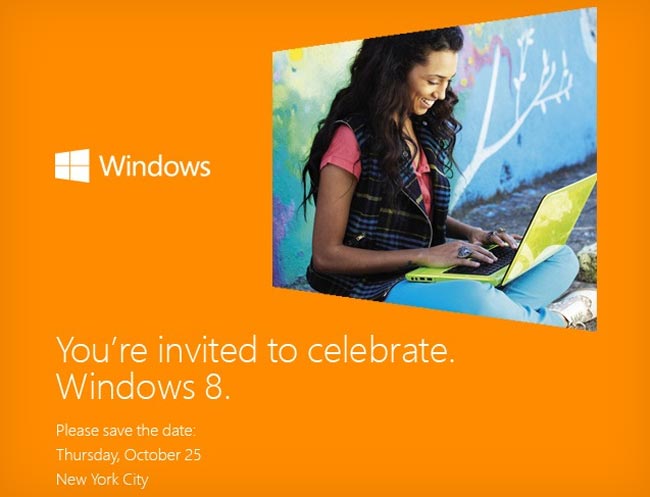 We are also expecting a number of other Windows 8 devices from various manufacturers to launch around the same time, as soon as we get some more information we will let you guys know.