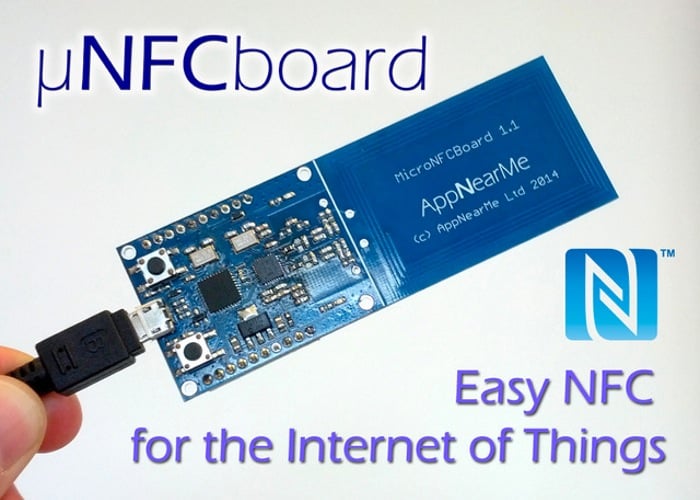 Developers and makers that enjoy using the Arduino programming platform or the Raspberry Pi mini PC to build projects, are sure to find this new NFC sensor called the MicroNFCBoard, invaluable in adding extra functionality to certain projects.

The MicroNFCBoard has been equipped with an integrated development platform that makes it easy to use Near Field Communication or NFC sensor in any of your projects and is available to purchase for just £30.

Designed by Donatien Garnier based in Cambridge within the UK the MicroNFCBoard supports Arduino, Raspberry Pi, mbed or PC/Mac and if fitted with a ARM Cortex-M0 microcontroller onboard. Watch the video below to learn more about the MicroNFCBoard NFC sensor board and its features.

“Many NFC-enabled boards (mostly built around the PN532 chip) and readers are available online, however the software that can be used with them is very limited, especially with an Arduino. MicroNFCBoard has an onboard microcontroller that takes care of all NFC-related processing (including critical timings) and offers support for all NFC modes with an easy to use API. You can also add your own code on the microcontroller to use the board in an autonomous fashion! Finally, we will provide AppNearMe mode which is unique.

AppNearMe mode allows you to easily visualise your device’s inputs and control its outputs through a NFC-enabled Android app. You only have to “describe” these inputs/outputs in your code and choose which type of widgets to display on the app. AppNearMe mode makes it really easy to add an external UI to your project.”

The MicroNFCBoard NFC sensor board is currently over on the Kickstarter crowd funding website aiming to raise £20,000 to make the jump into production. So if you think your electronic projects can benefit from such an NFC sensor make a pledge now and help Donatien realise his dream. 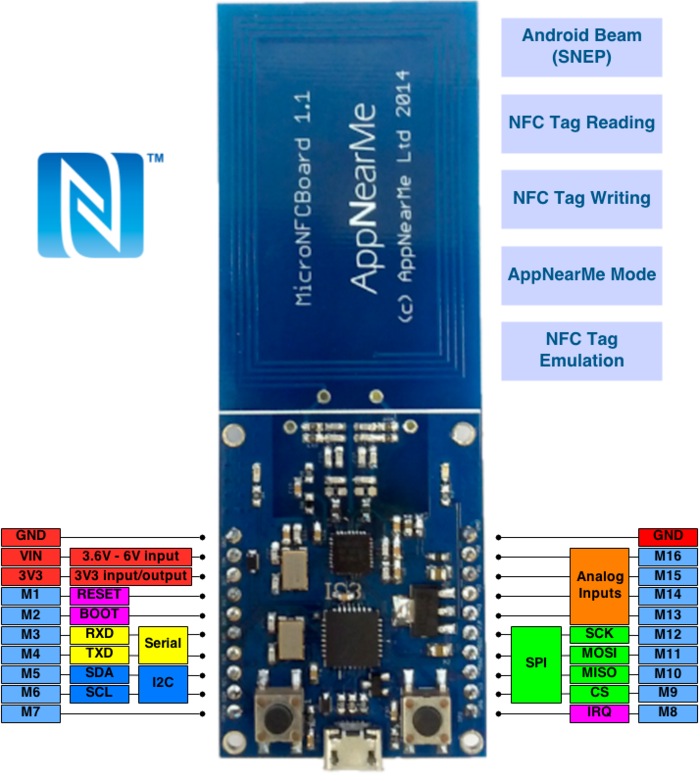