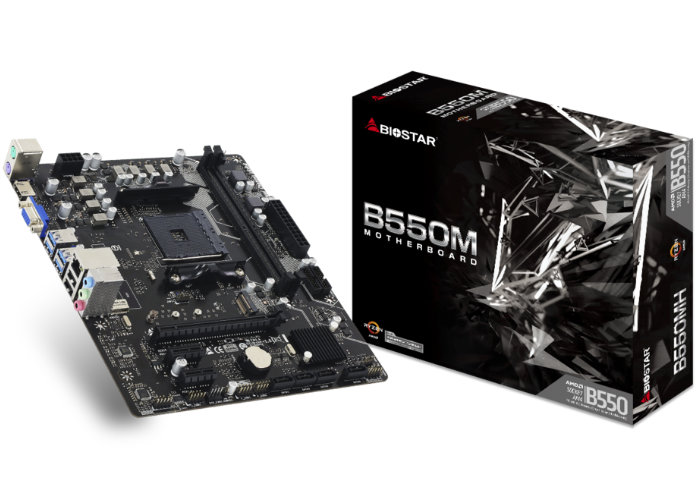 BioStar has introduced a new motherboard to its range designed for casual and business users in the form of the new B550MH motherboard supporting 3rd gen Ryzen processors. The B550MH Micro-ATX Form Factor motherboard measures 24.4 cm x 20.8 cm and supports up to 64Gb of RAM across 2DIMMs with the capability of reaching 4400+OC speeds and technologies like PCIe 4.0 that supports 16GT/s bit data transfer rates.

The motherboard is also fitted with USB 3.2 Gen1 connectivity delivering performance boosts with data transfer speeds reaching up to 5Gbps, as well as being backward compatible with older devices. Offering 4 x USB 3.2 (Gen1) ports as well as 1 x PS/2 Keyboard and a 1 x PS/2 mouse port and a standard D-Sub output port complementary to its already exceptional HDMI port. 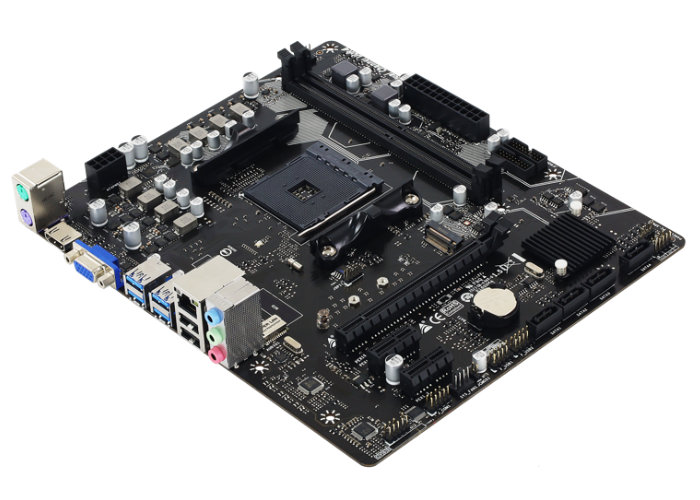 USB 3.2 Gen1 delivers compelling performance boosts and can be used to connect multiple devices without worrying about compatibility. It is capable of data transfer speeds up to 5Gbps and backward compatible with all existing USB products.

“Overall, the B550MH motherboard is a great choice for that new AMD Ryzen build and BIOSTAR promises support for any upcoming Ryzen processors with timely BIOS updates so users can rest assured that the new B550MH motherboard will serve them faithfully for a long time.”

For full specifications, features and ordering options jump over to the official BioStar website by following the link below