It has been a long time since I have watched a huge domino fall in action but if you have 10m minutes spare then this latest record breaking setup is definitely worth a watch.

The domino fall consists of 275,000 dominos and ended up toppling 272,297 of them and setting a new record for the number of dominos in a spiral. Watch the video after the jump to see the mesmerising 275,000 dominos fall in action. 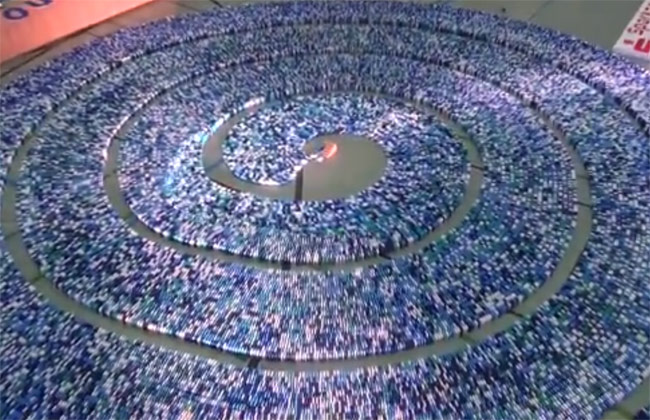