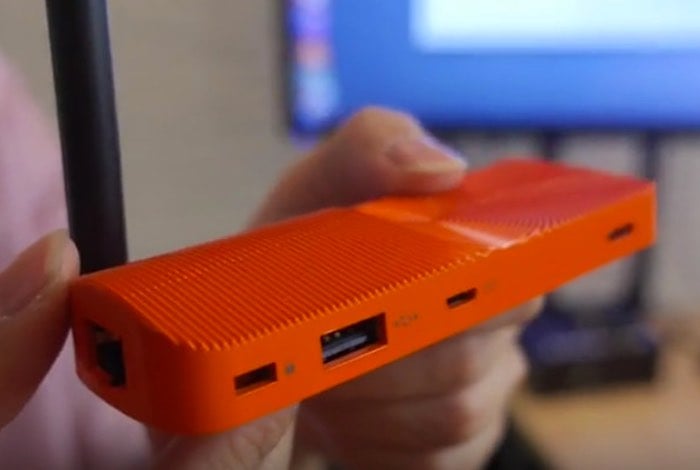 A new Ubuntu PC Stick has been launched this week in the form of the Mele PCG02U which is now available to purchase for around $70 and is equipped with a 1.33 GHz Intel Atom Z3735F Bay Trail quad-core processor.

The CPU is supported by a 1.83 GHz Intel HD graphics Gen 7 (2W TDP) together with 2GB DDR3 as well as having 32GB eMMC of internal storage which can be expanded even further using the handy microSD card slot that supports up to 128GB.

Other features if the new Mele PCG02U Ubuntu PC Stick Include connectivity via both 802.11 b/g/n Wi-Fi and 10/100M Ethernet with connections provided by 1x USB 2.0 host port and a micro USB port which is used for power only.

The Ubuntu PC Stick is supplied preloaded with the Ubuntu 14.04.4 operating system should also be possible to upgrade to the newer version Ubuntu 16.04 now that it has been released for Bay Trail mini PCs.

For more information on the small pocket sized Ubuntu PC Stick which measures 115 x 49 x 16.5 mm in size jump over to the websites via the links below.