Chris is now looking for KickStarter funding to take his dream to the next level and is looking to raise $15,000 to help him create the high pressions parts required to build and develop his idea. Watch the video after the jump to see the Mega Hurtz Paintball Robot in action. 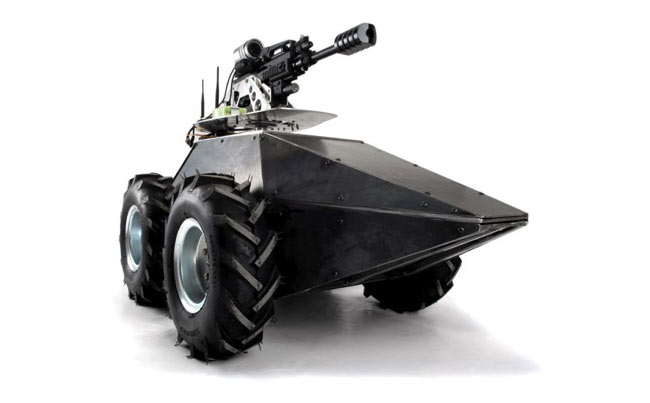 I want to make a tracked robot with a paintball gun. The robot and gun will be controllable from a distance. The gun will have elevation- the ability to tilt up and down. The tracked base should be able to rotate in place and climb stairs.

By rotating in place I should have the inherent ability to pan- rotate the gun horizontally without adding a separate, expensive and heavy pan mechanism. I want to make something light enough so that one person can carry it.