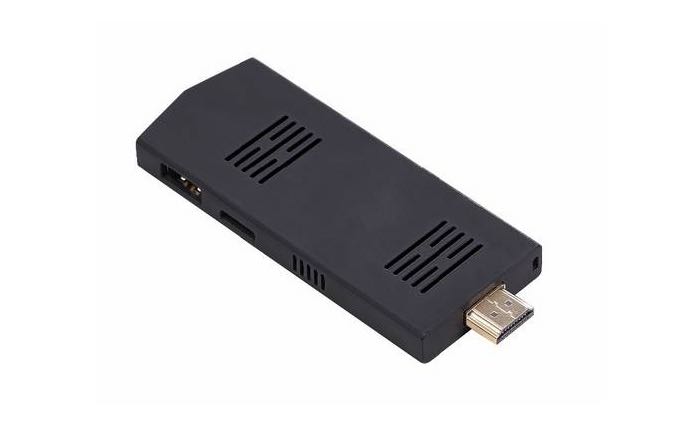 MeegoPad has announced the launch of a new addition to their range of stick min PCs, that builds on the technology included in their first the MeegoPad T01 that transforms any display with a spare HDMI port into a PC.

The new MeegoPad T02 stick PC unlike the first comes with a number of operating systems available to choose from and allows you to pay for a fully licensed version before delivery.

Features of the MeegoPad T02 include an Intel Atom Z3735F Bay Trail processor supported by 2GB of RAM together with 32GB of storage. As well as 2 x full-sized USB 2.0 ports, 3.5mm audio jack, 1 x micro USB port for power and a handy microSD card slot for further storage expansion if required.

The Linux version of the MeegoPad T02 is priced at $90, while the Windows 8.1 with Bing Trial version will cost you $44 more. For more information on the new MeegoPad T02 stick PC that plugs directly into a spare HDMI connection on your display or large screen TV jump over to the CNX website for details.