CD sales have dropped over the last few years and the music industry is always looking at new ways to boost sales, and with MP3 sales on the rise MediaStreet may have the answer. 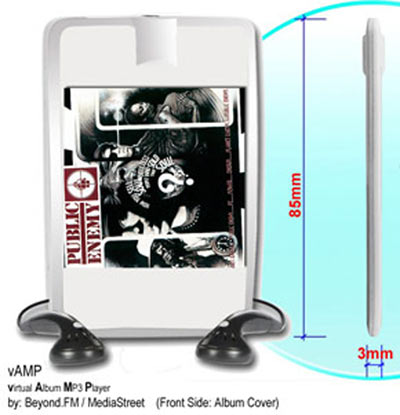 The MediaStreet vAMP Virtual Album MP3 player, is an MP3 player that comes with an Album loaded on to it and it will be sold in stores. 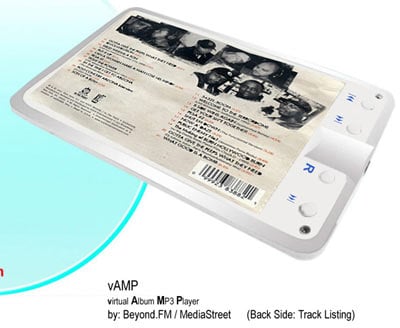 This tiny MP3 player weighs just 0.7 ounces, and it has 1GB of storage, so there is room to add additional MP3’s to it.

As well as the pre-loaded content you will be able to access BEYOND.FM and Mydigitalcontent.com from it.