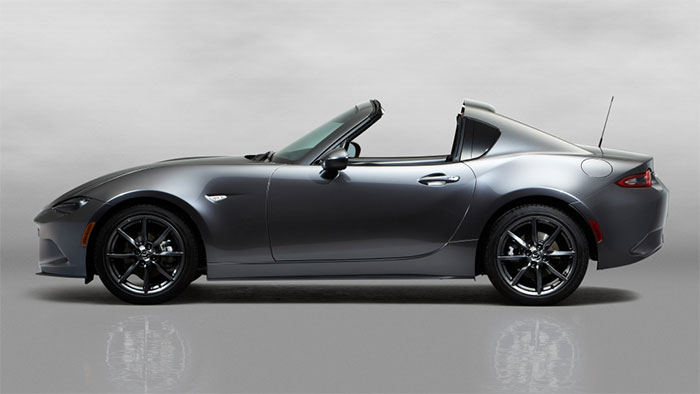 One of the coolest cars that Mazda has rolled out in a long time is the Mx-5 RF with the retractable roof . This car is as close as you can get to a MX-5 coupe and the Launch Edition of the car was supposed to land in the hands of the lucky buyers in February. Buyers of those Launch Editions have an early Christmas miracle to celebrate.

Mazda has announced that changes in production meant that the car is ready to be delivered two months ahead of production. In fact, the first customer has already taken delivery of one of the cars. The first guy in the US to get hands on the car is called Dave Putter.

He received his car at the LA Auto show last week and about 500 more Launch Editions will arrive in the US in December. Availability of non Launch Editions is expected to grow in the winter and spring months. I can’t wait to see one of these in person, I love the MX-5 but I’m not a big roadster fan.