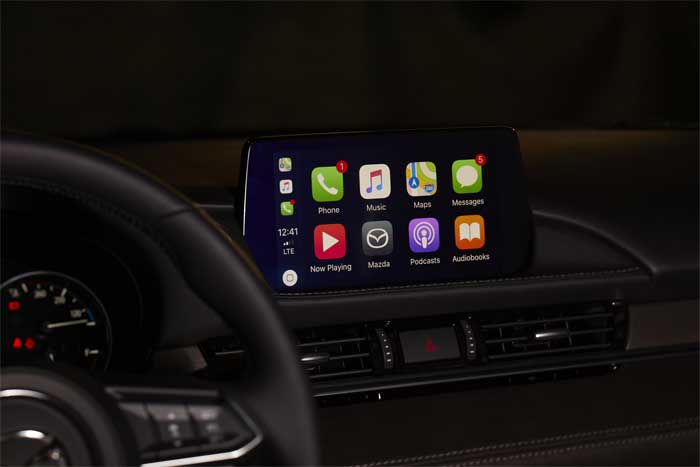 If you own a Mazda that came with the Mazda Connect infotainment system going back to the 2014 year model, the Android Auto and Apple CarPlay retrofit hardware has been priced up. The hardware itself will cost you $199. That $199 isn’t all it will cost you though.

The unknown bit with pricing is that you must have it installed at the dealer and Mazda reckons it will take about two hours of labor to install. We’d bet on at least $400 when all is said and done, but that price depends on your local dealer’s labor rate.

The retrofit hardware also adds faster 2.1-amp USB ports that bring faster charging to the mix. These Mazda Connect infotainment systems lack touchscreens; users control their smartphone with voice commands, the Commander knob, and shortcut buttons. Mazda is one of the only automakers offering to retrofit CarPlay and Android Auto to older rides.