BioWare has announced the release of massive update to its iOS game Mass Effect Infiltrator which was created as a companion application for the popular Mass Effect 3 game that launched a short time ago. 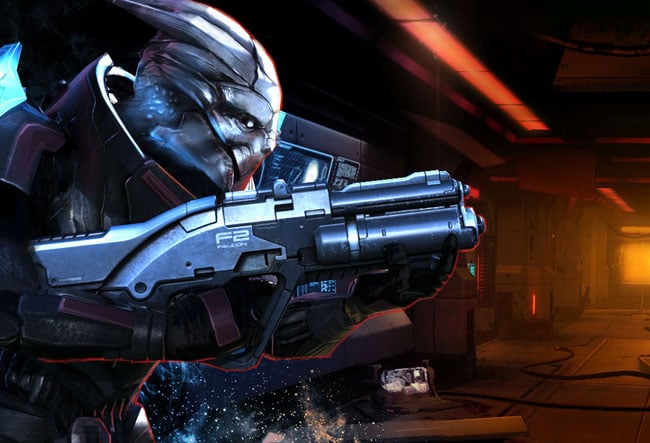 The new update has rolled to today and includes a new bonus mission for players, together with the ability to now play as a captured Turian experiment victim. Other new features within the latest update include:

– Manual Aiming – Use your own skills to take down enemies. Simply disable the “tap-to-aim” function in the Options section to try it. We’ve also improved the responsiveness of “tap-to-aim.”

– Paragon & Renegade – Now your facial scars and biotic colors will change with the choices you make (are you good or evil)?

– Optimized for the new iPad – Discover high-resolution gaming like never before with smoother performance and Retina display enhancements!

The Mass Effect : Infiltrator iOS game can be downloaded from the iTunes App Store now for $4.99.