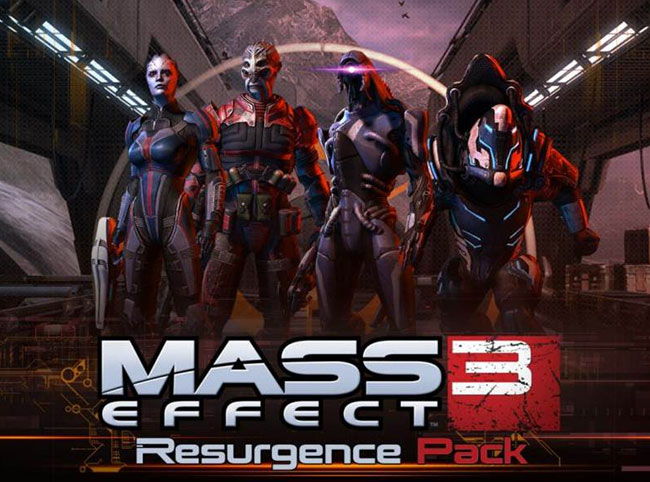 From today Mass Effect 3 owners can now download the first multiplayer expansion Mass Effect 3 Resurgence Pack for free.
Which adds new unlockable content: deadly weapons, new consumables, and powerful characters for each class in multiplayer, including the Asari Justicar, Batarian, Geth, and Krogan Battlemaster. As well as adding to new maps, called Firebase Condor and Firebase Hydra to the mix.

– Firebase Condor – A warzone outpost located on one of Palaven’s moons, Firebase Condor represents a crucial asset in the defense of the Turian homeworld, providing the beleaguered turian fleet with a place to refuel and repair. Its loss could grant the Reapers unparalleled access to the Inner Council Theatre.

– Firebase Hydra – Firebase Hydra is located in an old abandoned Quarian colony which humans took over when they originally settled the world of Ontarom. It has since been converted into a massive dam facility which powers the communications hub located at Firebase Dagger and the kinetic barrier which protects it. Without this critical power source, Systems Alliance communications within the entire theatre would go dark.

For more details on the new Mass Effect 3 Resurgence Pack jump over to the BioWare website.