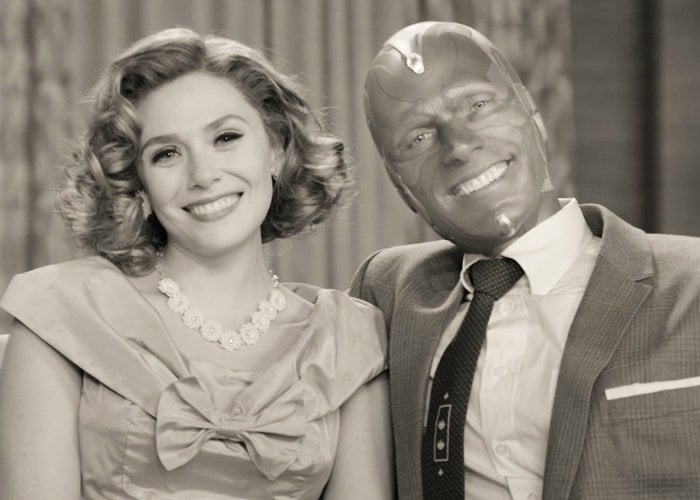 Disney has announced the new Marvel WandaVision TV miniseries will be premiering on the Disney+ digital streaming service early next year and will be available to view from January 15th, 2021. The TV series will consist of six episodes and will be the first series in Phase Four of the MCU.

Phase Four of the Marvel Cinematic Universe (MCU) is a group of American superhero films and television series produced by Marvel Studios based on characters that appear in publications by Marvel Comics. The films of the phase include Black Widow, an untitled Spider-Man: Far From Home sequel, Thor: Love and Thunder concluding with another sequel, and Doctor Strange in the Multiverse of Madness.

“Welcome to WandaVision. Coming soon to Disney+. Marvel Studios’ captivating new series “WandaVision” stars Elizabeth Olsen and Paul Bettany, and marks the first series from Marvel Studios streaming exclusively on Disney+. The series is a blend of classic television and the Marvel Cinematic Universe in which Wanda Maximoff and Vision—two super-powered beings living idealized suburban lives—begin to suspect that everything is not as it seems.”