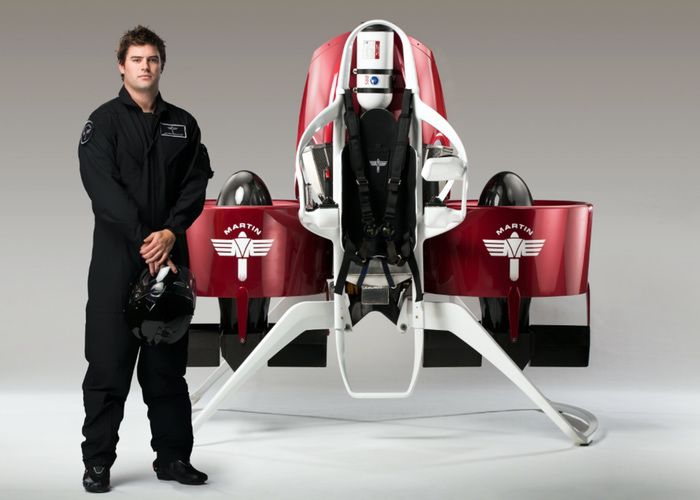 Martin Aircraft has this week announced that their awesome Martin Aircraft Jetpack will be finally launching priced at $150,000 during Q2 2016, after 35 years of development.

Martin was hoping to launch the jetpack back in 2014, but after a few delays the jetpack is now preparing for ‘launch’ next year. Watch the video below to learn more. 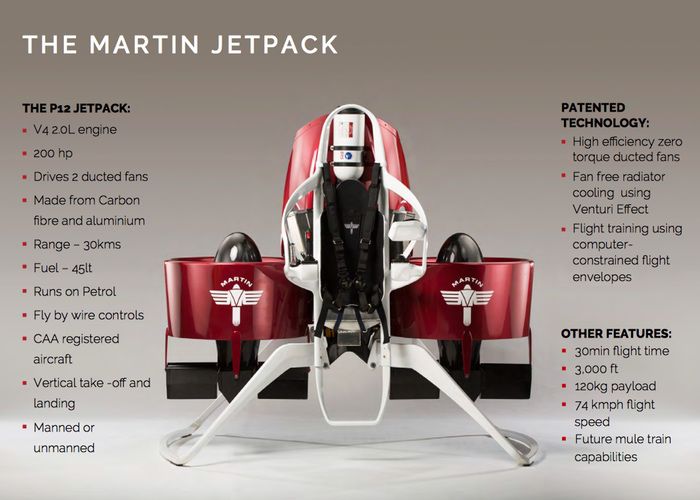 The Martin Aircraft Jetpack is powered by a 200HP V4 petrol engine that is capable of driving the two ducted fans for flights times of up to 30 minutes. In an interview with Reuters, Martin’s chief executive Peter Coker explained :

I think the first responders will see that as a massive improvement to their capability. So, for example, in the fire services going around to look at the situational awareness of what’s going on, perhaps through water security or even search and rescue on beach patrol, something along those lines.

Naturally for the ambulance service getting to a point of importance of rescuing people in the shortest possible time. So there’s a lot of uses within that first responder environment.

For more information on the new Martin Aircraft Jetpack jump over to the official website to read PDF released by the company via the link below.