The default search engine on the iPhone, iPad and iPod Touch is Google, although you can easily switch this to other ones like Yahoo or Bing, not many people do this.

This means that the majority of iOS users have Google as their default search engine, although according to a recent report Yahoo is looking to change this. 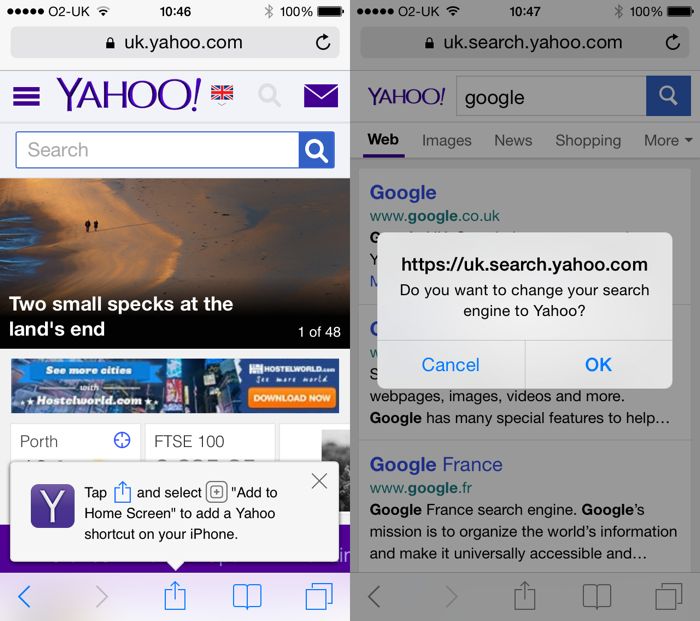 According to a recent report by re/code, Yahoo’s Marissa Mayer is looking to get Apple to switch the default iOS search engine to Yahoo instead of Google.

Yahoo have apparently been working on a new mobile search feature, that they plan to show apple, and Marissa Mayer will be trying to convince Apple, that Yahoo’s offering would be better as the default search feature on iOS rather than Google’s.

“This is the aim of the whole effort here, to grab the pole position in iOS search,” said one person working on the effort. “It will take more than pretty pictures, though, to convince Apple to give up Google, given its focus on consumer experience being top-notch. But Marissa wants it very badly.”

It will be interesting to see what happens, if Yahoo does convince Apple to use Yahoo as the default search, this would be great news for the company as there are millions of iOS users who use Google just because it is the default search on iOS.