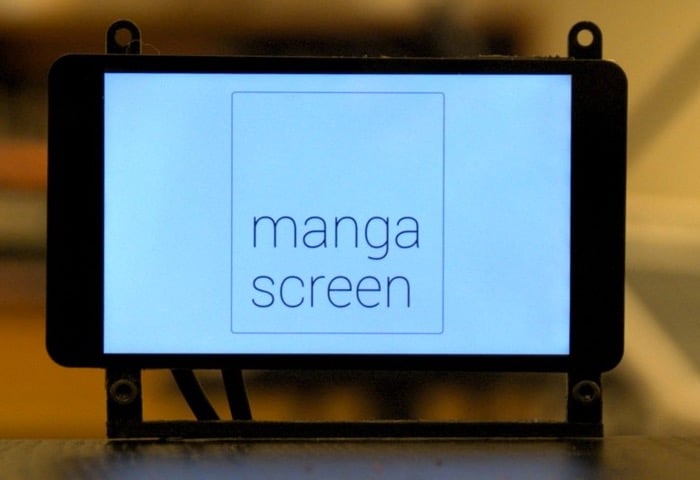 The Manga screen takes the form of a 4.3 inch high resolution, HDMI connectable LCD screen that is equipped with capacitive multi-touch functionality and has been designed by Elias Bakken based in Oslo Norway.

The Manga Screen can be used with any device that has an HDMI output, such as a Raspberry Pi, BeagleBone Black, Odroid and Arduino Tre to name a few.

The project is currently over on the Kickstarter crowd funding website looking to raise enough pledges to make the jump from concept to production. Its creator explains :

“I was a huge fan of BeagleBone (white) so when the BeagleBone Black was announced, and it had an HDMI output, I was like “Awesome, now I can use all the small HDMI screens that are available for Raspberry Pi!”. So I googled a lot and found none! But being an electronics guy, I was like “Why has noone made this?” (Hackaday was equally surprised), and then I ranted on my blog and then I made one!

That was almost two years ago, so it’s taken a bit longer than expected, but it’s finally here and it’s real, and I’m tired of the prototypes with their flaws, SO I want this production made and boy oh boy do I have a lot of stuff I can use these for!

This project is fully open source, both hardware and firmware, CC-BY SA, so feel free to hack away at it! The heart of the PCB is a Atmega 16U4, the brain is a TFP401A, the hands is a FT6206 and the eyes is a LQ043Y1DX07. Everything is available for download on bitbucket. “

So if you think Manga Screen is something you could benefit from, visit the Kickstarter website now to make a pledge and help Manga Screen become a reality.