Owners of Makerbot 3D printers or those of you looking to purchase one in the near future, will be pleased to learn that this week Makerbot has now made their 3D printers even easier to use.

Makerbot has rolled out a new updated to their 3D printers firmware and design software and is even supported by some other 3D printers such as the FlashForge. 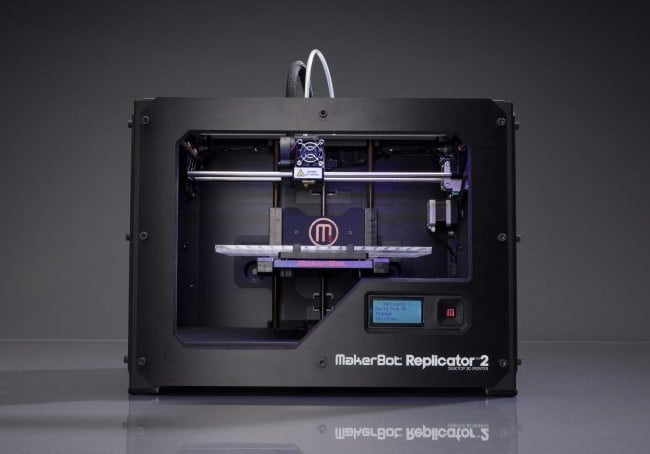 The new update has concentrated on the amount of support and “rafts” that are required to support 3D pieces as they are being printed and illustrated in the image below. Makerbot explains:

“Meet Laurana, a 3D printed version of a bust by Italian Renaissance sculptor Francesco Laurana. In the pictures that follow, you’ll see support structures generated using the old version of the MakerWare 2.1.0 (left), and how this has been improved in the new release, MakerWare 2.2.0(right). Support structures are extruded materials that MakerWare can add to a 3D model in order to reinforce objects with overhangs. For example, Laurana’s Romanesque nose would droop under its own weight without support material. The new version of MakerWare is much smarter about generating supports only where they are needed. We’ve also changed the pattern of support material, so it’s much easier to break away. Objects use less plastic and print faster than ever.

We’ve also equipped MakerWare 2.2.0 with improved rafts. A raft is a thin foundation of extruded material that helps your object stick to the build plate during a print, keeping it level and secure. Our new rafts detach more easily, creating a smoother bottom surface. We printed a gear bearing to show how well our new rafts print on objects with detailed first layers.”

For more information on the new Makerbot firmware update jump over to the Makerbot website for details. 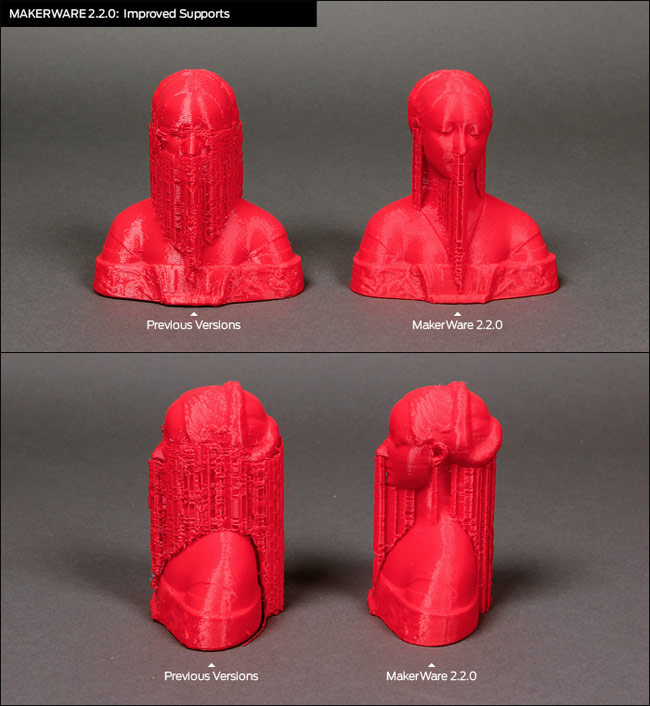