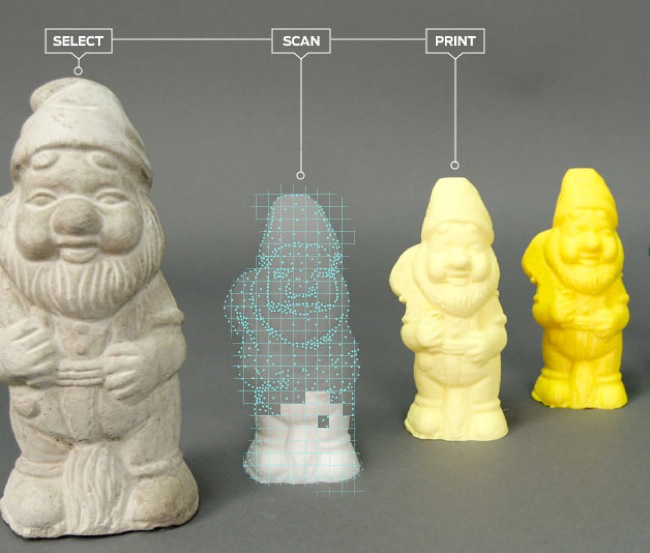 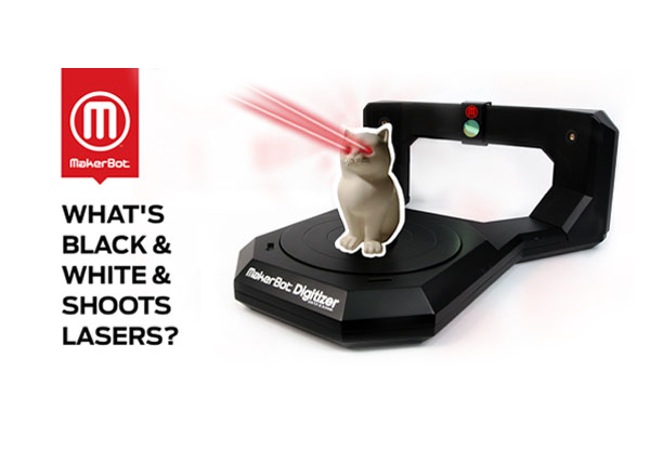 The MakerBot Digitizer 3D Scanner has been designed to be a desktop devices that you can easily and quickly use to transform real world objects in to digital scans which can then be 3D printed.

The design of the new MakerBot Digitizer has changed considerably since it was unveiled, and the wooden case has been replaces with a speak black plastic enclosure and turntable. Makerbot explain a little more:

“It’s the easiest, fastest way for anyone to create 3D models, and we optimized the whole process to work perfectly with MakerBot Replicator Desktop 3D Printers.

Unfortunately no information on pricing or worldwide availability has been released as yet by Makerbot, but next week as more information becomes available we will keep you updated.