A refined appreciation of music requires a credible sound system. There’s quite a selection out there, a veritable elite that ensures bragging rights among owners. Among such illustrious brands is the Q1 from Magico, which was being rumored about since 2010. Is all the hype true? Judging by its reception from audio nerds, it’s a work of art. 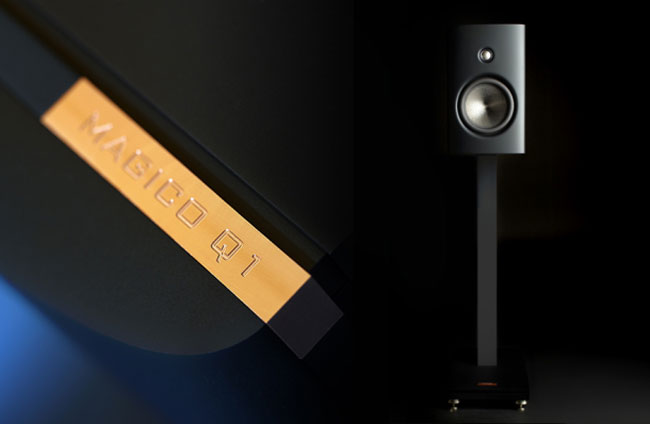 Seen above is the Q1, which is encased in an aluminum cabinet 14 inches tall, and that doesn’t include the floor stand it’s resting on. The Q1 is armed with a seven-inch woofer supported by a metallic interior. Performance-wise, th Q1 is capable of some 34Hz of ‘deep bass.’ Another impressive number is its weight. On its stand, the Q1 is a 60 pound beast. it more than compensates with sheer audio quality though, which is being raved about by critics.

As a piece of design, the Q1 is an simple and unaffected as the next speaker. As a performance machine whose sole reason for existence is to deliver the ethereal listening sensation, the Q1 belongs to a league of its own.