A new Android handheld games console has been unveiled this week in the form of the Magic Media i5 which has been created by China manufacturer MediaTek, who has equipped with console with a quad-core processor. 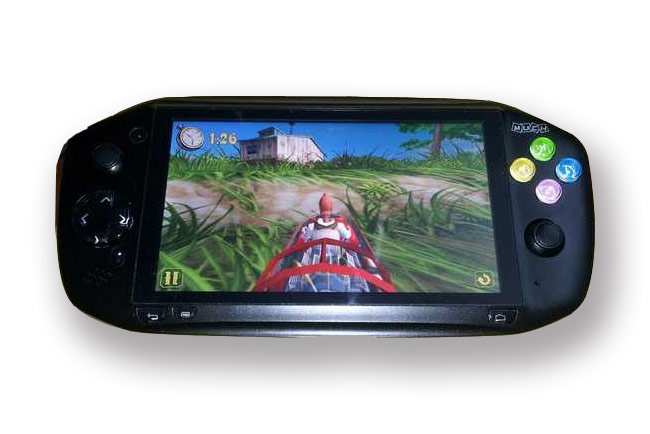 The Magic Media i5 also has support for both 2G and 3G connectivity and dual sim card slots, together with a 3550mAh battery and 4GB of onboard storage and microSD card slot for further expansion when required.

The new Magic Media i5 Android handheld games console is fitted with gaming control on either side of the screen and is expected to launch in China for around $200 later this year.