I have been fan of Mario for a long time and played games from Nintendo with the plumber in it since the dawn of console gaming with Nintendo back in the day. I have also played more than my share of games with Sonic and his speedy cohorts as well. Sega is celebrating the 20th birthday of Sonic and is doing so by licensing Sonic for some gaming gear. 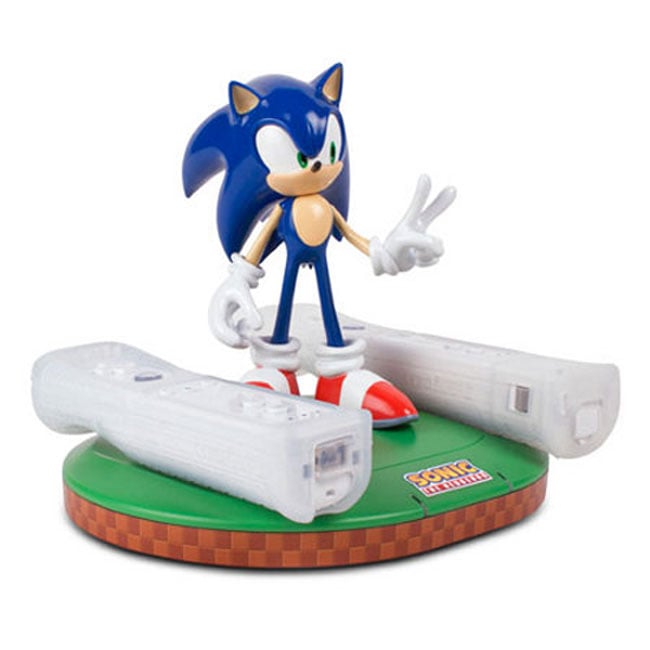 Mad Catz licensed Sonic for a cool inductive charger for the Nintendo Wii controllers. Sonic is standing on the grassy area with Wii remotes on each side of him. He really doesn’t look happy to be surrounded by Wii Remotes.

The thing ships with a couple rechargeable batteries as well. The thing will charge your Wii remotes without having to remove the silicon cover or the MotionPlus accessory. The charger can be purchased now if you can find one for about $50.