Mad Catz has just announced the F.L.Y 9 Flightstick For Xbox 360, which is designed to be used with flight Sim games and other flying games like Tom Clancy’s HAWKX and Crimson Skies.

The Mad Catz F.L.Y 9 Flightstick For Xbox 360 is completely wireless and it comes with plenty of buttons to make sure you get the best out of flight Sim games and combat games. 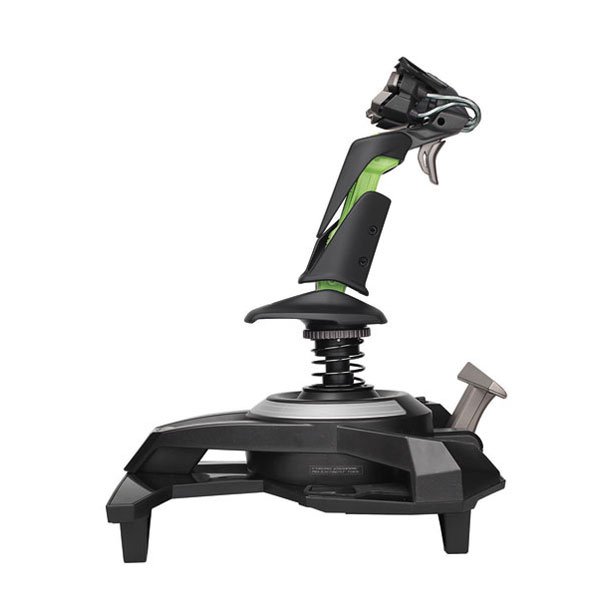 An evolution of the successful line of Cyborg flight sticks for PC, the Cyborg F.L.Y. 9 is compatible with flight simulation and flight combat games. In addition to its cutting-edge design and several enhanced features, the Cyborg F.L.Y. 9 is designed to deliver a wide range of adjustability, comfort and air-combat accuracy to the Xbox 360 audience.

It will go on sale in the spring for around $100, there are no details as yet on the exact release date of the Mad Catz F.L.Y 9 Flightstick For Xbox 360.