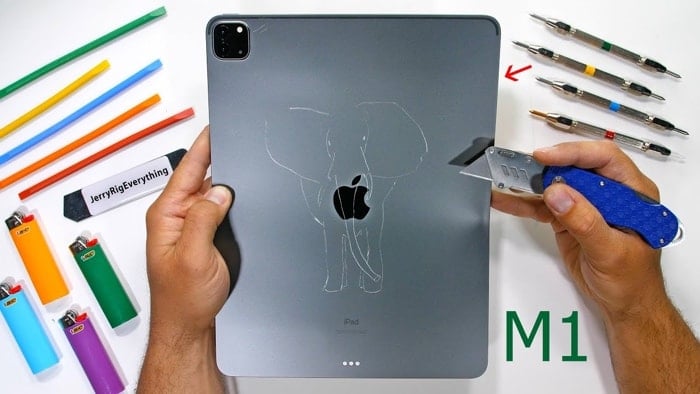 Apple’s M1 iPad Pro 12.9 launched recently, the device retails for £999 in the UK, now we get to find out how durable the device is in a new video from JerryRigEverything.

The video below puts the new iPad Pro 12.9 through a range of tests, this includes a scratch test on the display, a burn test and also a bend test. This is the first iPad to use a new mini-LED display, it will be interesting to see how the burn test goes.

As we can see from the video the display scratches at levels 6 and 7, in line with the majority of tablets and smartphones available today.

In the burn test the display showed damage when the lighter was used on it, although it appears to have recovered with no permanent damage.

In the final test, the bend test, the tablet did bend, but it did not snap in half like the previous models, although it did end up with permanent damage.