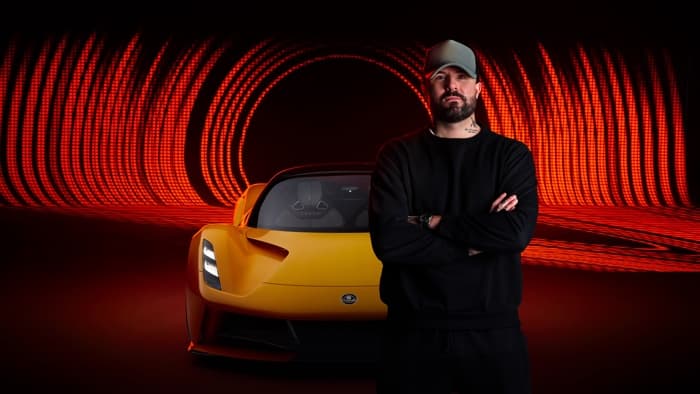 The Lotus Evija is an all electric hyper and Lotus have been working with British music producer Patrick Patrikios on the sounds for the new car.

The sound for the Lotus Evija is based on the Lotus Type 49 and Patrick Patrikios has worked on all the sounds for the car.

Patrick Patrikios has written and produced for Olly Murs, Sia, Britney Spears, Pixie Lott and numerous other world-famous stars. He was Brit Award-nominated in 2018 for his collaboration with Little Mix, and the tracks he’s worked on have been streamed more than a billion times.

“We wanted to create a soundscape for the Evija that was recognisably and distinctively Lotus,” said Patrick. “I sat with the development team at Hethel and discussed what that should be. We wanted something intrinsically connected to Lotus so we could set an audio blueprint for its future electric cars.”

You can find out more details about the new Lotus Evija hyper car over at Lotus at the link below, it will be interesting to find out what the car sounds like.