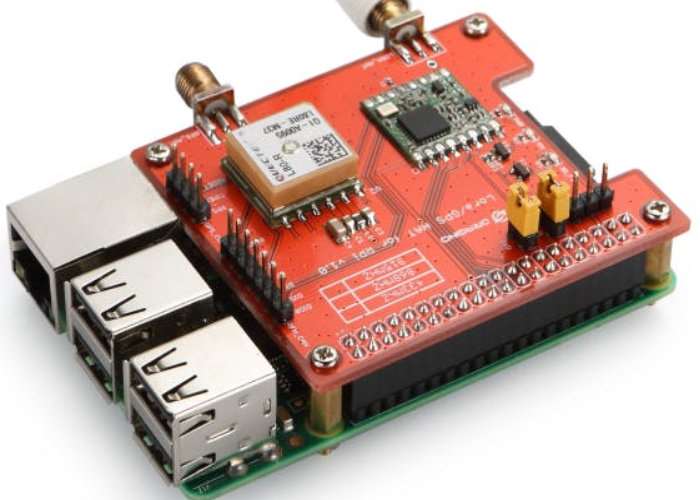 Raspberry Pi enthusiasts may be interested in a new piece of hardware which has been created by Dave Glover the form of a LoraWAN for Raspberry Pi with Worldwide frequency support.

LoraWAN is a media access control (MAC) protocol for wide area networks, Which has been created to enable allow low-powered devices to communicate with Internet-connected applications over long range wireless connections.

This project extends the base LMIC 1.6 implementation with 915 subband selection and demonstrates how to use the LMIC 1.6 LoRaWAN stack on a Raspberry Pi targeting the Dragino LoRa/GPS HAT and a Raspberry Pi Zero with a standalone Hope RFM95W LoRa module. Hardware Abstraction Layer (HAL) for IBM’s LMIC 1.6 communication stack targeted to Raspberry Pi and Dragino LoRA/GPS HAT hardware version 1.4.

For more information on the project and the new hardware jump over to the official Hackerster.io website via the link below. If you enjoy building Pi projects you might be interested in our comprehensive list of Raspberry Pi displays, HATS and small screens.