Logitech has this week unveiled a new addition to its range with the launch of its Tablet Speaker. Created to provide you with a portable battery powered speaker system for those time when you need a little more volume from your tablet, while watching films or listening to music.

The new tablet speaker has been designed to clip over the edge of your tablet and raises the tablet into a convenient typing angle. Rather than using a Bluetooth connection which would reduce the speaker and your tablets battery life, Logitech have opted for a wired connection using a 3.5mm headphone connector that simply plugs in to your tablet headphone socket. 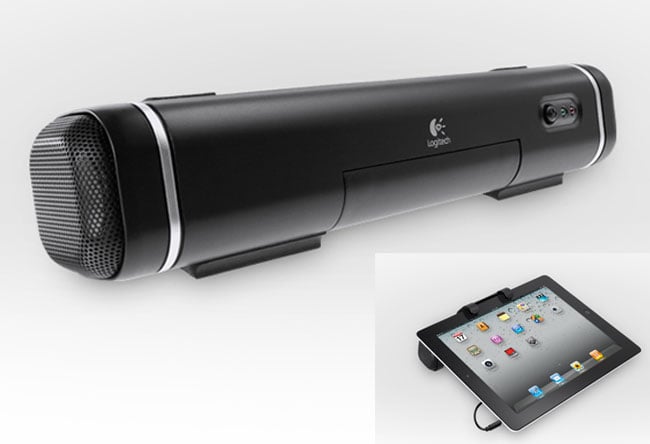 The Logitech Bluetooth tablet speaker is capable of providing up to 8 hours of playback on a single charge and can be re-charged when necessary via a USB connection.