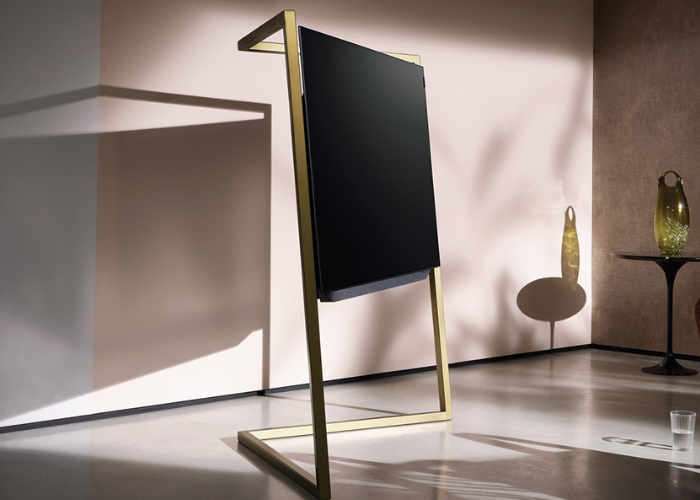 A new TV has been unveiled by Loewe this week in the form of the Loewe Bild 9 which is priced at $8,725 and has been inspired by both Bauhaus and Art Deco influences.

When you switch on the Loewe bild 9, the display automatically slides upwards to reveal the soundbarWhich takes the form of a 120 watts system comprising of 6 speakers and an additional 4 passive “bass membranes”.

Loewe’s London-based Creative Director has drawn on German depth and British lightness to combine sophistication with minimalism, craftsmanship with high-tech and opulence with understatement. Inspired by the Golden Twenties and Art Deco, he created bild 9, a television that radiates a presence and lightness so fascinating that it has an almost sculptural effect.

The clear shapes and the warm matt gold shade create an attractive contrast to the futuristic display, which, at just 7 mm, is slimmer than most smartphones and has an almost floating quality. A high-quality fabric cover conceals the connections and cables on the back, and additional accessories if required.

For more information on the new Loewe Bild 9 TV jump over to the official Loewe website for details by following the link below.