Feeling paranoid lately? If a revamp of your home security system has been swirling around your head, it’s best you wait until spring for these new deadbolts from Yale (the lock makers, not the university) to hit stores. Having just been introduced during this year’s CEDIA EXPO (which ends today), the lever and deadbolt locks are the first in the company’s Yale Real Living portfolio. 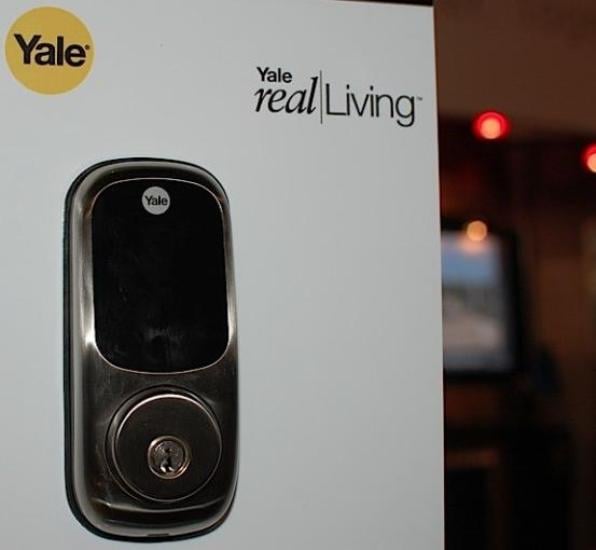 These new deadbolt and lever locks are special for a couple of good reasons. First, you have the choice of a touch screen or button interface for controls. Second, the locks utilize the Control4 integration platform that allows the owner to customize their security features.  Thanks to Z-Wave and Zigbee technology, the locks pack a hefty amount of juicy specs. Programmable in French, Spanish and English and able to recognize 250 different users. Since they integrate perfectly with Control4, they also run in sync with your other previously installed security systems.

Though an official release date wasn’t mentioned in the promotional literature, one of these button interfaced babies will set you back $299. Its touch screen sibling will be a tad pricier though. But if a full fledged fortress home is what your heart desires, no price is high enough.