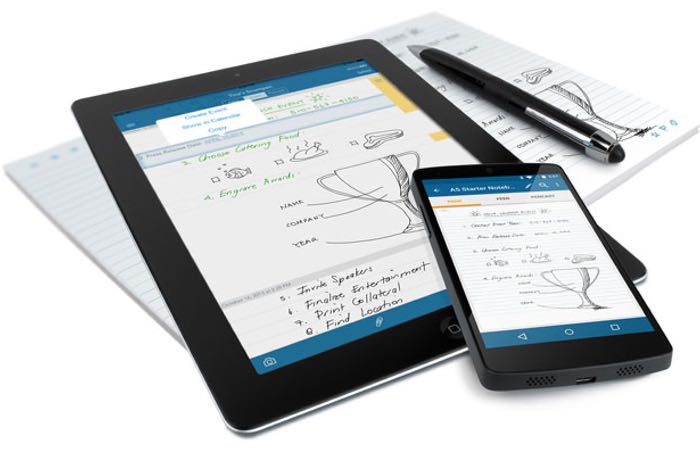 Livescribe has this week that a new preview edition of Livescribe+ is now available to use on Android smartphones and tablets and connect to the Livescribe Smartpen.

“Livescribe+ also allows customers to record interactive “pencasts” that combine written notes with recorded audio from meetings and lectures. One Livescribe 3 will pair with up to four different iOS and Android smartphones and tablets, allowing note-takers to access all their notes on the mobile devices they use daily.

The Preview Edition will include most of the features expected in the full release, including digital conversion of handwriting, recording of pencasts and the ability to share notes via email, Evernote, Microsoft OneNote and other apps. However, certain features will be added in the 1.0 release version, or a later time. Future updates will introduce the ability to add a security PIN code to a smartpen, Auto-Send notebooks to cloud services and the ability to tag notes and add them to Collections.”

For more information on the new Livescribe+ app for Android jump over to the official press release website for details.