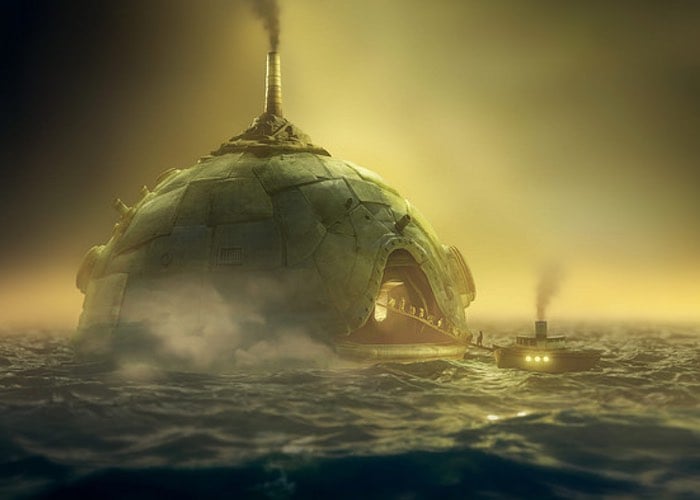 Dave Mervik, senior narrative designer from Tarsier Studios has this week introduced a new game the development team is creating for the PlayStation 4 in the form of Little Nightmares.

10 years ago the team revealed a concept called the City of Metronome at E3 but unfortunately the team decided that time was not right to launch the game on the world, but now feel the timing is right to reveal more and launch the game.

Fast forward through a decade of work with the likes of Sony XDEV and Media Molecule, and we’re back where we started. Except now, the timing’s right! The game may have changed, but it’s got the same spirit, and to be able to talk to you all about it now is an absolute dream. Or should I say… a Little Nightmare.

Sorry. Couldn’t resist that! So let me tell you a bit more about Little Nightmares. It takes place somewhere we’ve called The Maw, which began life as a dark twinkle in our eye, a strange kind of dollhouse where your most primal fears are brought to life and twisted by the minds of our Art Department! The Maw is a place of extremes. The idea is that it should encapsulate this surreal experience that kids have growing up. Where you can go from playing happily one minute, to being terrified the next. Of course, we’ve exaggerated things somewhat too, which is as much a part of being a kid as anything else!

Into this lovely, fuzzy wonderland we’ve dropped our main character, Six. She’s not special in the way we’re all used to. We wanted to have a character that we could identify with, who didn’t have a huge shotgun hidden beneath that yellow raincoat! The whole point is, she’s just a normal kid stuck in the worst place you can imagine and you want to get her out. You do this by doing what kids are best at — hiding, sneaking, and seeing things differently than grown-ups.

It’s pretty tough to describe the feeling of playing the game, because it’s a mix of all sorts of different things. We wanted to try and get across this idea of childhood and how it feels to grow up in a world that was made for other people. If we’ve done our job well, you’ll be spending as much time happily climbing around and solving puzzles, as well as being scared out of your wits by The Chef and his lovely chums!

For more information on the new Little Nightmares PS4 game jump over to the official PlayStation blog website for details by following the link below.