Line 6 has launched a new guitar amp this month in the form of the Amplifi, which they Line 6 is a re-invention of the traditional guitar amp and is now packed with useful features.

The Line 6 Amplifi comes equipped with Bluetooth connectivity to wirelessly stream music from Android, iOS, Mac and PC devices. Watch the video after the jump to learn more about the Line 6 Amplifi Duo guitar amp and see it in action. 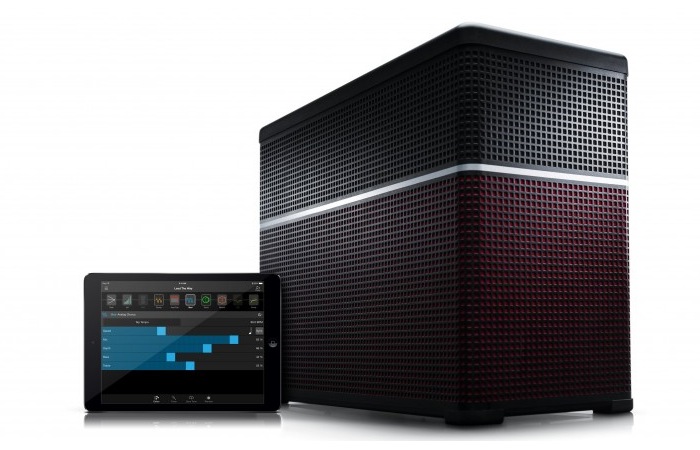 As well as iOS controls via a companion application, that has been designed to provide guitarists with a number of handy features such as being able to suggest matches for the sound of guitars in favourite songs and more.

The Amplifi Duo comes with four sonic presets included, but players using the Remote app and an iOS device’s Wi-Fi connection can get access to many more. Using the iOS app users can create custom presets with a choice of over 70 amp models, as well as more than 100 digital effects and 20+ speaker cabinets. 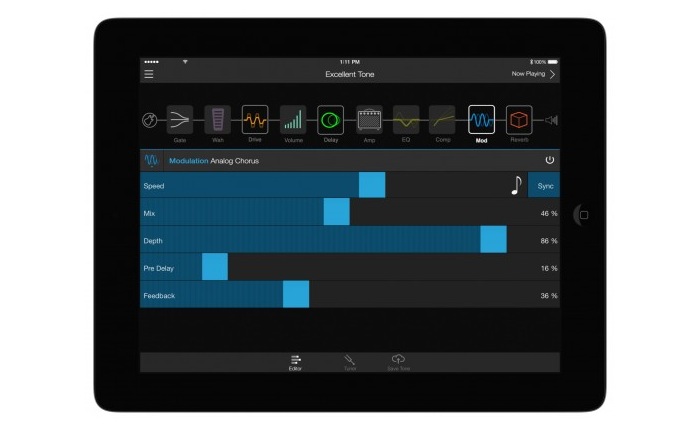 Line 6 was recently acquired by the Yamaha Corporation and has been creating guitar amps for over 20 years. This year at NAMM 2014 the company has been showcasing their new Amplifi Duo guitar amp which is available in two different sizes both of which of are equipped with two mid-bass drivers together with two tweeters up top and a custom guitar speaker below.

The new Line 6 Amplifi 75 has a rated output of 75-watts and is fitted with an 8-inch custom speaker together with the two mid-frequency drivers and two high frequency drivers. Line 6 has also included a built-in tuner, and independent amplification of dry (core guitar tone) and wet (with added effects) stereo output and is priced at $399. The Line 6 Amplifi 150 is fitted with a 12 inch Celestion speaker and has an output of 150-watts.