Guitarists looking for an easy way to control their smartphone music applications, computer software or even hardware directly from the guitar. Might be interested in a new gadget called the Guitar Wing which has been designed by Livid Instruments based in Austin Texas and was co-designed with music innovator Moldover, with input and assistance along the way from guitar legend Vernon Reid.

The new Guitar Wing control surface has been created to provide wireless access and control over the functions on a musician’s favourite software or applications including DAWs, iOS apps, MIDI effects units, and even lighting and visual platforms. Watch the video after the jump to learn more about the innovative Guitar Wing and how it could help you add extra creativity to your music with ease. 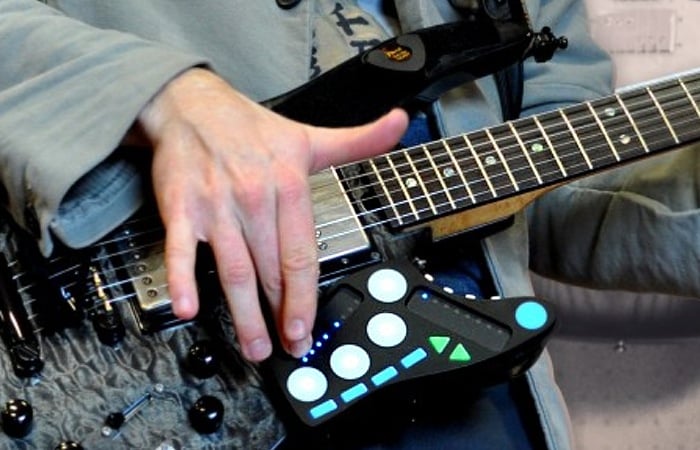 “The Guitar Wing combines the latest in wireless technology, RGB LED lighting and ultra-thin pressure and touch sensitive controls, for a totally new, completely portable, and elegant design that fits almost any guitar.

Beginning from an idea that has grown and evolved since our earliest years as a company, we have been actively developing the Guitar Wing for the last 12 months. Each prototype has undergone extensive testing and refinement, to include design improvements.” 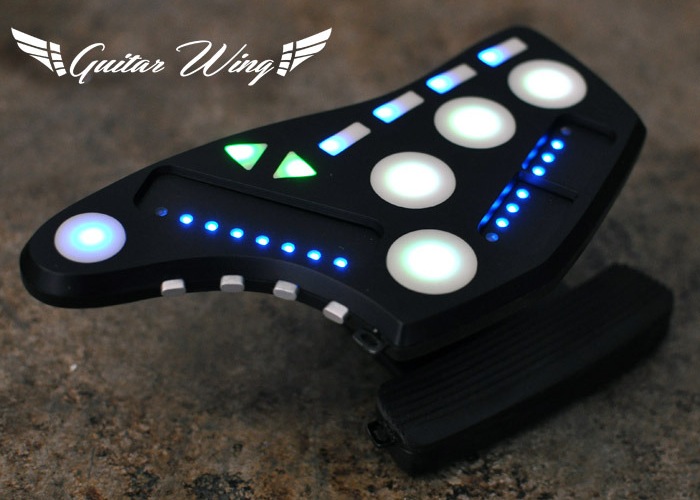 “Every Guitar Wing will include the Wing FX software plug-in, so you can quickly use it to control effects, pitch, filters and more. Built-in motion sensors offer users new ways to control their sound without compromising their play.

As a class compliant MIDI device, the Guitar Wing works with almost any audio software, iOS application, VST Plugin and more. Setting up the connection is easy, and with colorful LED feedback, you’ll know what’s going on without having to look at your computer screen. “

So if you think Guitar Wing is something you could benefit from, visit the Kickstarter website now to make a pledge and help Guitar Wing become a reality and help your music creativity.