Any guitarist will know they are restricted to the area of the stage that contains their effects pedals when playing, but a new concept called Ghost Pedal is hoping to change this.

Ghost Pedal has been created to enable a guitarist to be able to wander around a stage during a performance, but still have access to their effects pedals wherever they maybe on the stage. Watch the video after the jump to see the Ghost Pedal concept in in action. 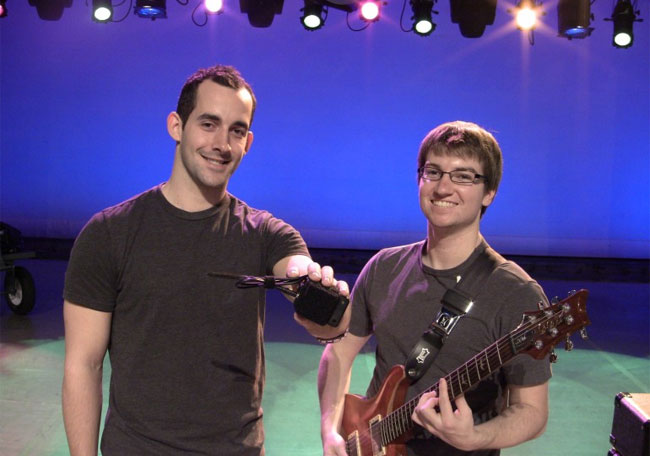 When wearing the Ghost Pedal if the guitarist would like to move position, the simple click of a button tapped with the other foot disables the effects, enabling them to walk to another location.

Whilst being used signals generated from the Ghost Pedal are then sent wirelessly to a micro-controller, which then translates these into instructions which are then processed. 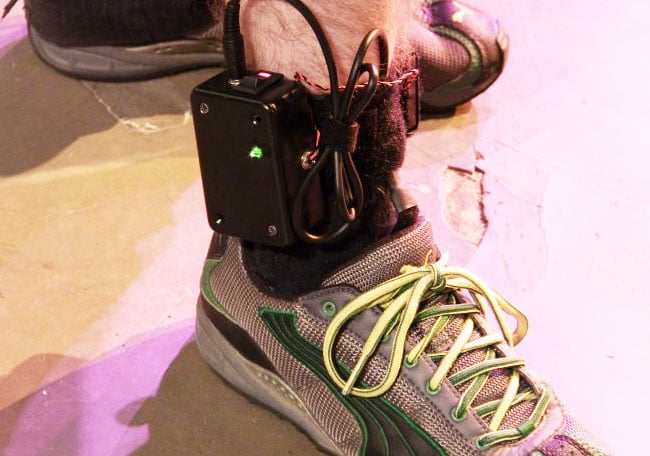 Currently the Ghost Pedal only works with the wah effect, but its developers are working on controls for other effects such as volume, distortion and pitch.

The Ghost Pedal has been developed by a team of students who graduated from Purdue last year and includes : Garrett Baker, Will Black, Matthew Boyle, Brett Hartnagel, Christine Labelle, Adam Pflugshaupt, Nick Sannella and Robbie Hoye.