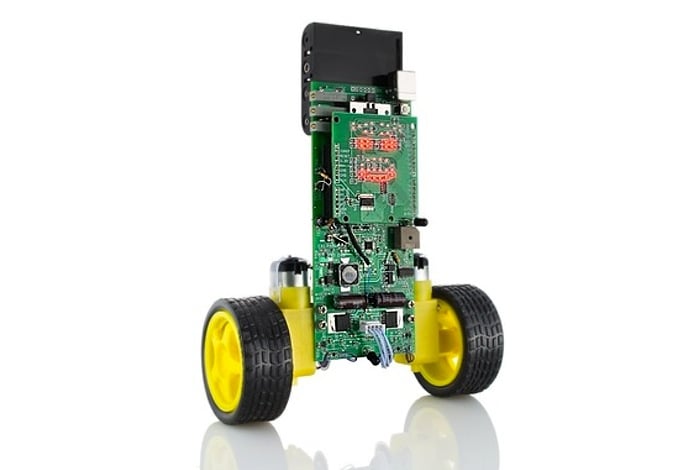 A new Arduino robot called the Lil’Bot has been created to provides makers, hobbyists and teachers something a little different than the standard Arduino robots currently available.

The Lil’Bot Arduino robot is powered by the Arduino platform using Neil Fraser’s Blockly for Arduino, and has been created by Chris Hakim. Who has fitted the Arduino robot with a self balancing mechanism that allows it to use just two wheels.

The Lil’Bot Arduino robot supports Linux, OS X, and Windows computers and the Arduino Uno compatible control board is programmable through the USB connection and the robot includes front, right and left obstacle detection using IR LEDs. Hakim explains a little more about his Arduino powered self balancing robot and the inspiration behind creating it

“Last winter, I promised my eight-year-old son to build a little balancing robot that he could program. One thing led to another, and this robot turned out to be a much more elaborate project than originally envisioned. “It’s not urgent,” he says. If all the bosses of the world were so patient!

Lil’Bot is programmed just like an Arduino Uno, and takes standard Arduino shields. About half of the Arduino memory and three quarters of the processing power are available after the balancing code and all the rest have taken their share.”