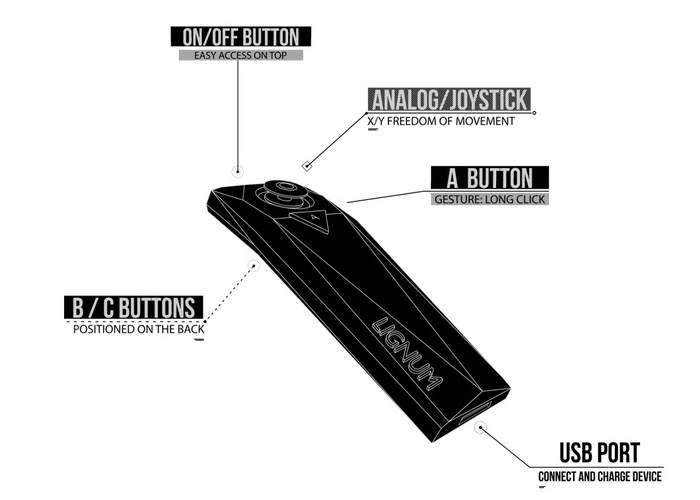 Watch the video below to learn more about the virtual reality controller that delivers just ~10 ms of latency across several platforms, providing a responsive and highly accurate way to control virtual reality immersion.

Today, the vast majority of the mobile VR controllers work solely on Android. Thanks to Lignum you can change this: now you can develop and enjoy immersive VR experiences on iOS devices boasting exceptional performances.

Lignum by Remoria VR is a cross compatible controller designed for mobile virtual reality. Thanks to the built-in sensors, Lignum features orientation and motion tracking to amaze you with immersive VR experiences on both iOS and Android devices. In addition to a compelling orientation tracking system, we implemented fantastic motion tracking features. You have 24 motion gestures available to enrich the experience of your VR projects.

For full specifications on the new Lignum virtual reality controller, which supports both iOS and Android devices. Jump over to the Kickstarter crowdfunding website via the link below, where it is available to back with pledges starting from just €39 for super earlybird backers, with shipping expected to take place during April 2017.