Today LibreOffice 3.3 has been released, and is the first stable release of the new office suite of tools since programmers split from Oracle after the purchase of Sun Microsystems and OpenOffice.

The group of programmers called Document Foundation, were unhappy with Oracle’s control over OpenOffice after the acquisition and decided to breakaway and create their own office suite called LibreOffice, which now has a large, dedicated community of users, contributors and developers. 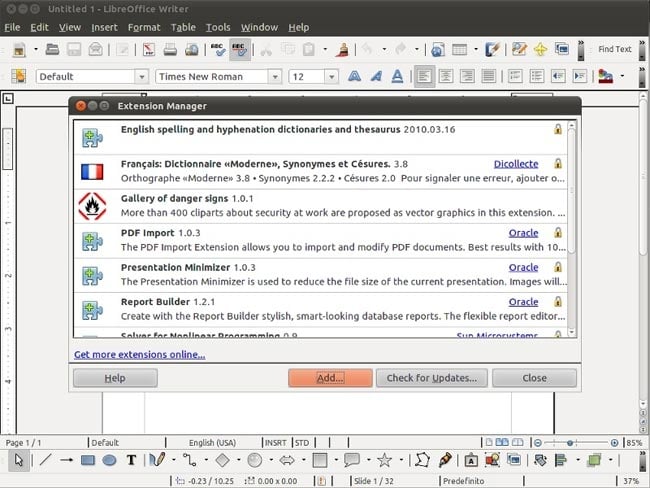 Around twenty OpenOffice.org programmers moved their efforts to LibreOffice expalins Italo Vignoli, a founding member of the Document Foundation. But since then, “the project has attracted around 100 developers,” many easy, minor changes to become familiar with the software. Now that development is under way, Vignoli expects the project to diverge increasingly from OpenOffice.org.

“This activity, which has been possible thanks to the new contributors gathered by the project since the announcement in September (tens of them), is key to ensure a better foundation for future software developments,” Vignoli said. “Differences will start to be more visible starting from LibreOffice 3.4 which will be available in mid-2011.”

As well as your standard features you would expect from an office suite LibreOffice also offers a few new unique features including: