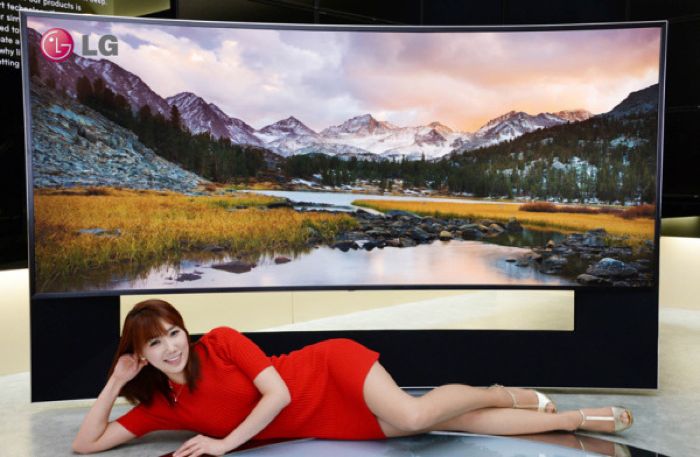 LG has announced that they have started selling their new 105 inch curved Ultra HD TV, this monster TV was first seen at CES back in January and it is now available in South Korea.

The LG 105 inch curved ultra HD TV comes with a 4K resolution and a 21:9 aspect ratio, it also comes with LG’s webOS platform, and features a built in 7.2 channel speaker system.

“The vision behind LG’s 105-inch 21:9 CURVED ULTRA HD TV was to bring the movie theater into the living room,” said In-kyu Lee, senior vice president and head of the TV Division at LG’s Home Entertainment Company. “Featuring a curved 5K CinemaScope screen and a 7.2 channel speaker system, the 105UC9 is LG’s most spectacular ULTRA HD TV yet. This product pushes the envelope in home entertainment innovation and demonstrates what is possible when you bring today’s most advanced TV technologies together.”

LG are now taking orders for this new curved ultra HD TV in South Korea, the device retails for about 120 million won, which is around $117,000 at the current exchange rate.

The company has said it will also launch this giant TV in other countries in quarter four, although as yet they have not specified which countries it will be available in.