LG launched the Escape 4G LTE with US mobile carrier AT&T last year, and now it looks like a version of the handset is headed to Verizon Wireless, as the LG VS870 which has recently turned up at the FCC.

The LG VS870 has appeared at the FCC with support for Verizon’s LTE and CDMA networks and it would appear that the Verizon version of the handset will come wit QI wireless charging. 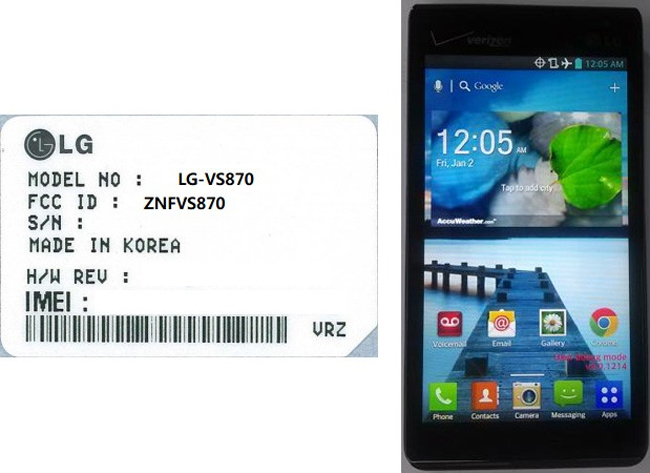 As yet we do not know if the specifications will be exactly the same as the AT&T LG Escape, which came with a 4.3 inch qHD touchscreen display with a resolution of 960 x 4540 pixels, processing is provided by dual core 1.2GHz, Snapdragon processor and the handset also features 1GB of RAM.

As soon as we get some more information on the LG VS870 for Verizon, including confirmation of the handsets specifications we will let you guys know.