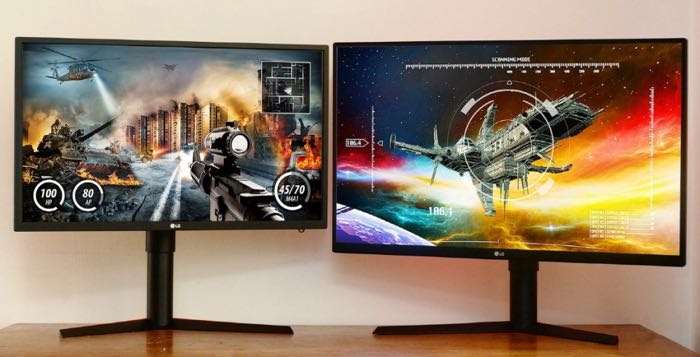 The two new monitors will include the 27 inch LG 27GK750F and the 32 inch LG 32GK850G. The company will also show off its 34 inch UltraWide gaming monitor at IFA.

LG’s GK gaming series implements the latest technological breakthroughs, namely high refresh rates of 144Hz (overclockable to 165Hz*) and 240Hz. LG’s new 32-inch gaming monitor (model 32GK850G) is the ideal display for game enthusiasts who want seamless, quick motion gameplay on large screens with high picture quality. Featuring fast refresh rate, LG 32GK850G delivers incredibly fluid graphic motion while its NVIDIA G-SyncTM graphic processing technology – which is taking the gaming community by storm – all but eliminates stuttering and screen tearing when in the heat of the action. This monitor will handily process all game genres without any afterimages while delivering rapid and fluid motion at a maximum brightness of 350 nits on its QHD (2,560 x 1,440) screen.

What’s more, the 32-inch monitor enhances the gaming experience in a distinct way with Sphere Lighting, which uses LEDs behind the monitor to create soft ambience lighting that increases the immersiveness of games and reduces eye fatigue while also adding a beautiful design element to the monitor. Unique features such as Black Stabilizer deliver clearer contrast to give gamers maximum visibility at all times while Dynamic Action Sync minimizes input lag so that players can react faster to the action. A friendly graphic user interface allows players to easily customize modes for different games and for maximum convenience, the monitor features a one-click stand which installs without the use of screws or tools and allows the monitor’s tilt, height, swivel and pivot angle to be adjusted with minimal effort.

You can find out more details about these new GK series gaming monitors over at LG at the link below.