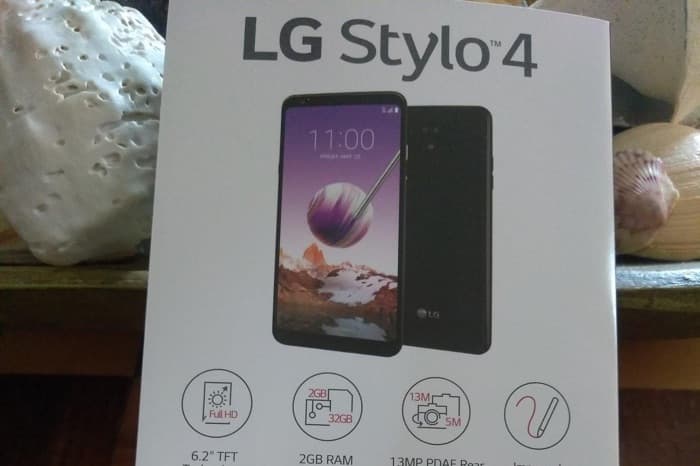 It looks like we have some details on a new LG smartphone, the LG Stylo 4. The box for the handset has been leaked and this confirms some of the specifications.

The LG Stylo 4 will come with a 6.2 inch FullVision display with a Full HD resolution of 1920 x 1080 pixels. The handset will be powered by an octa core 1.8GHz Qualcomm Snapdragon processor. 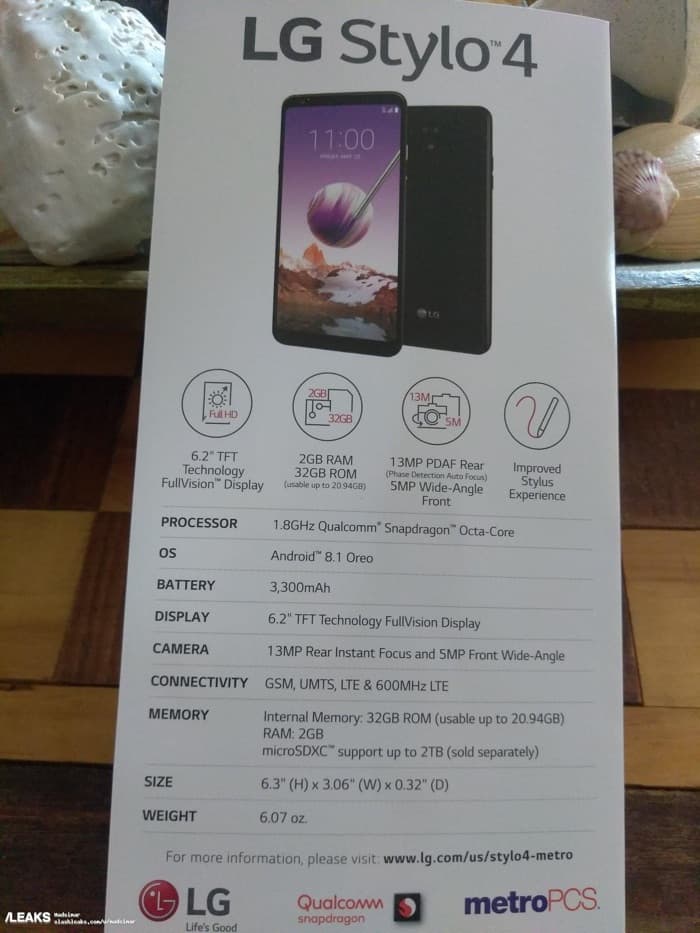 Other specifications on the handset will include 2GB of RAM and 32GB of built in storage, this can be expanded further with the microSD card slot.

The handset will come with a 13 megapixel rear camera and a 5 megapixel front camera, it will feature the latest version of Google’s Android OS, Android 8.1 Oreo.

The device will also comes with a 3300 mAh battery and will feature a Stylus, it looks like it is coming to metroPCS in the US. As soon as we get some more details about the device, we will let you guys know.