The latest company to launch a new ultrabook is LG with the launch of The LG Shuriken Eighteen ultrabook, which has been shown off at the Intel Developer Forum in San Francisco.

The LG Shuriken Eighteen features a 13.3 inch LCD display and a chiclet style keyboard plus a large touchpad which features separate mouse buttons, have a look at the video of it in action below. 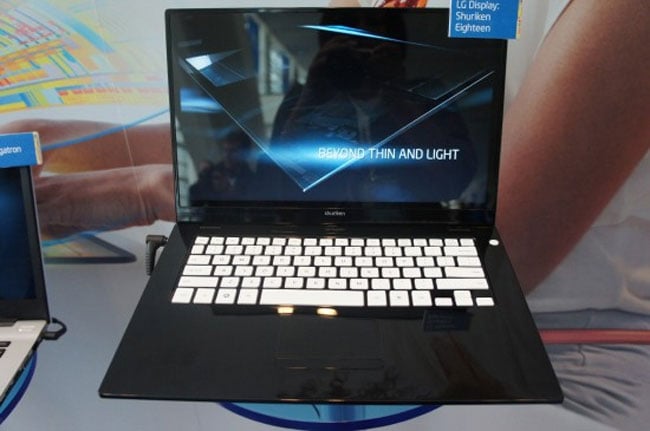 There are no details as yet on the exact specifications of the new LG Shuriken Eighteen ultrabook, as soon as we get some more information we will let you guys know.