The LG Optimus 2X is one of the first smartphones to feature NVIDIA’s Tegra 2 dual core processor, it also features a large 4 inch WVGA display which means it should be ideal for gaming.

The guys over at Android and Me have been previewing the new LG Optimus 2.X, and checking out the gaming on this new Android smartphone, have a look at the video below which shows gaming on the Optimus 2X. 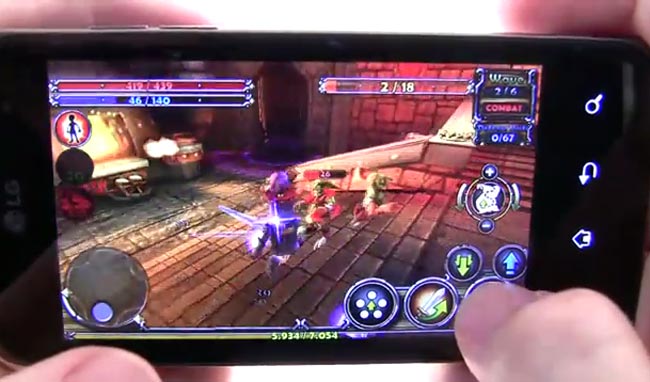 Other specifications on the LG Optimus 2X include Android 2.2, an 8 megapixel rear camera plus a 1.3 megapixel front facing camera, there is also DNLA and HDMI mirroring.

It certainly looks pretty good from the video, head on over to Android and Me for more details of gaming on the NVIDIA powered LG Optimus 2X.