If you thought MeeGo was dying, after being dropped by Nokia for a Windows 7 OS for their phone. You might need a word with LG who has announced that they will be demoing a new tablet and smartphone next month, running the open source MeeGo software. 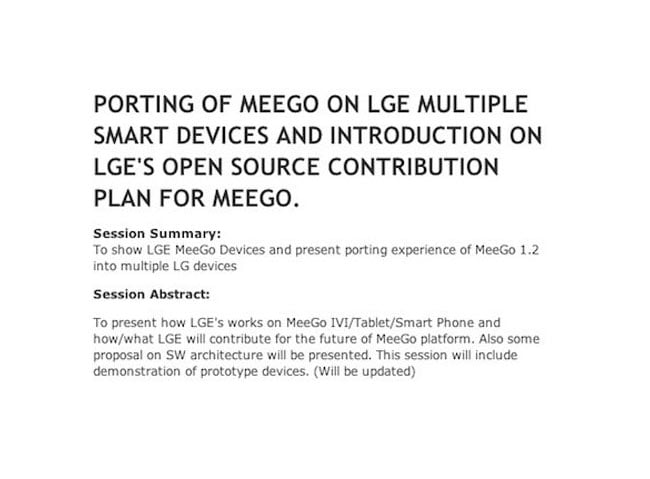 The new LG prototypes will be showcased at the MeeGo conference in San Francisco next month. The session details include:

Session Abstract
To present how LGE’s works on MeeGo IVI/Tablet/Smart Phone and how/what LGE will contribute for the future of MeeGo platform. Also some proposal on SW architecture will be presented. This session will include demonstration of prototype devices. (Will be updated)