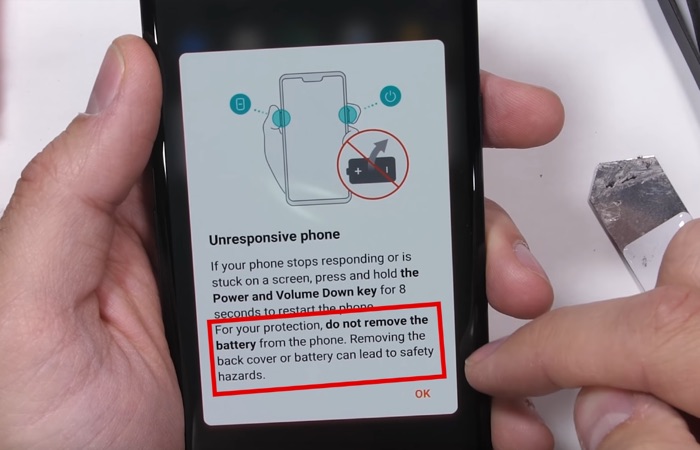 We recently saw a torture test of the new LG G8 ThinQ smartphone and now we have another video of the device.

In the new video from JerryRigEverything we get to see what is inside the new LG G8 ThinQ, including a battery which LG says that you should not remove.

As a reminder the handset comes with a 6.1 inch OLED display that features a QHD+ resolution of 3120 1440 pixels. The device has a Qualcomm Snapdragon 855 processor, 6GB of RAM and 128GB of expandable storage.