LG launched their new flexible smartphone, the LG G Flex in South Korea last year, the handset is headed to the US shortly, and now we have a photo of the device for US mobile carriers AT&T and T-Mobile.

The photo below was posted on Twitter by @evleaks, the AT&T model is on the left and the T-Mobile LG G Flex is on the right. 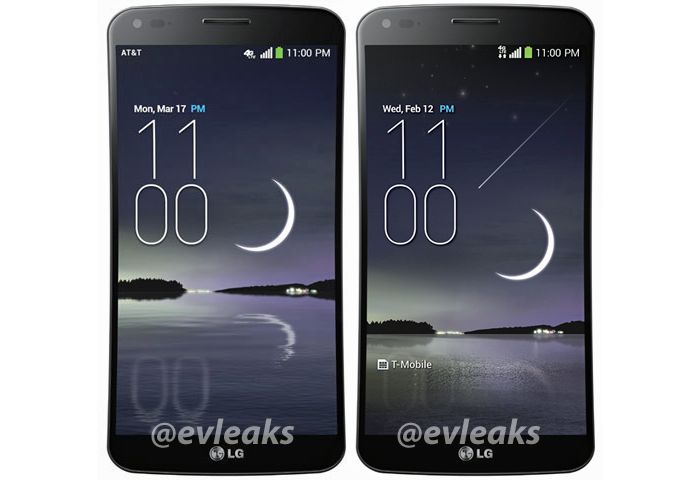 The LG G Flex comes with a 6 inch flexible curved display that has a resolution of 1280 x 720 pixels, the display is curved vertically from the bottom to the top.

The handset is powered by a quad core 2.26GHx Snapdragon 800 processor, it also features an Adreno 330 GPU and 2GB of RAM.

As soon as we get some more information on a launch date and some pricing for the LG G Flex with the various mobile carriers, we will let you guys know.