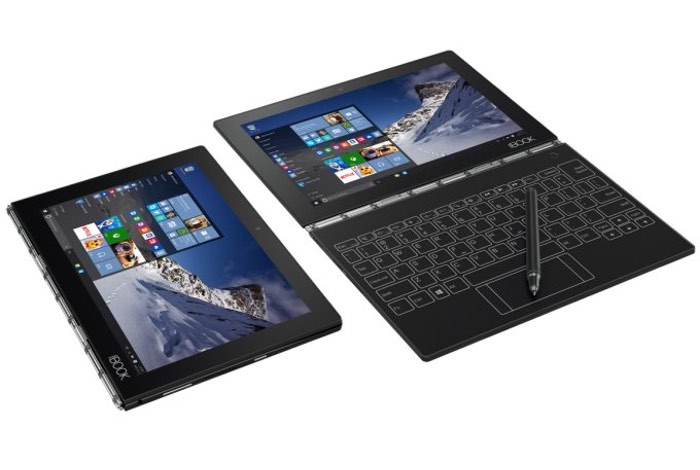 Lenovo has this week made available their new Lenovo Yoga Book to preorder, with systems starting from $500 pre-loaded with Google’s Android operating system. If you would prefer the latest Microsoft Windows 10 operating system, prices will start at $550 and shipping for both should start in the middle of next month.

Specifications for the two different Lenovo Yoga Book systems are nearly identical and both feature an Intel Atom x5-Z8550 Cherry Trail processor supported by 4GB of RAM with a 64GB of internal storage.

Connectivity is provided by Bluetooth 4.0 and wireless 802.11ac support, and both systems can be used as either a laptop or tablet thanks to the inclusion of a 360 degree hinge. Both systems are also equipped with a “Create Pad” rather than a traditional keyboard allowing you to use the stylus to sketch or take notes by writing rather than typing. Check out the video below to learn more thanks to Brad Linder from Liliputing.

Shipping of the new Lenovo Yoga Book is expected to start on October 17th 2016. For more details, full specifications and to pre-order your very own jump over to the official Lenovo website.