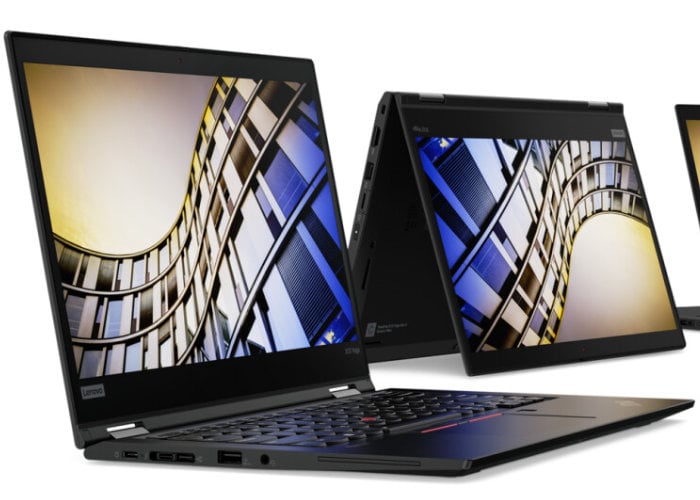 Lenovo has this week announced updates made to its range of ThinkPad laptops, equipping them with AMD Ryzen 4000 series mobile CPUs. Lenovo will be the first PC vendor to offer the AMD Ryzen PRO 4000 Mobile processors, and customers can choose between 10th Gen Intel Core vPro processors or the next generation AMD Ryzen 4000 PRO Mobile processors. Other features on the new range of updated ThinkPad laptops include Modern Standby, Wake on Voice, WiFi 6, Dolby Audio Speaker System and Dolby Vision.

Features of the new range of upgraded Lenovo ThinkPad laptops include :

“A ThinkPad would not be a ThinkPad without the rigorous Mil-Spec testing and critical quality control criteria. Over the past fifteen years, ThinkPad has improved quality by 73% despite shipping 4.5 times more systems per year. Lenovo continues to excel in this space supporting 22 Mil-Spec procedures9 and remains focused on quality and reliability innovations, such as Low Temperature Solder process, now entering its third year of implementation.”